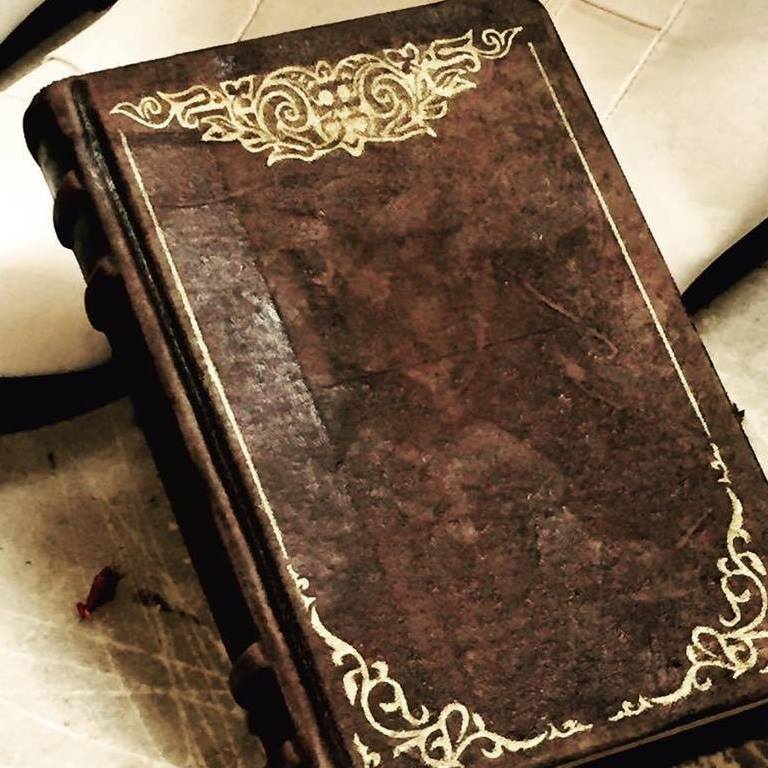 The book itself is non-descript.  A brown leather-bound book with gold filigree on the cover, nothing too special to look at.  There is no title, no listed author, just the faded leather and ancient-looking typeface of the letters inside.

This little trinket has been rumored and often sought after by collectors of the arcane and forbidden. Talked about in hushed tones, and suspected to be tied to hundreds of deaths or disappearances through the centuries.  Story abound about famous people connected to the book; that it was on Roanoke Island brought over by a settler, taken to Mexico by Ambrose Bierce, on the plane with Amelia Earhart, and many many more.  Nobody knows the truth, only the speculation.

Of course, there is nobody alive who can say what is inside.

Often associated with The Bookseller, who is also rumored to have been the books original author.